Long time no see everybody!

Sorry for being quiet for so long, but I was very busy with grading at the university and I visited America for two weeks (comics to come based on that).

So for my first post back I decided to talk about a special event.

Here’s where the fun started:

Long story short, Conan O’Brien found out about the Detective Conan series by Gosho Aoyama. Conan being the man of reason that he is, saw the character as a complete rip-off of his actual person. So the challenge was issued by Conan to be paid back-money for all the popularity and material he provided. The mayor of Hokuei Town (map) responded with his own demends, and once again answered by Conan, which started his long trip to Japan.
He spent a few days in Tokyo before making his way to Tottori. The day started with him arriving… to the wrong airport.
But he did finally make it to Hokuei, or Conan Town proper.

“Conan admires my artwork and shakes my hand” 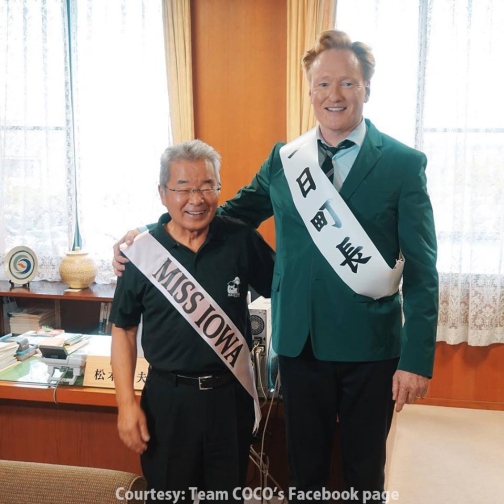 And in his benevolence as the true Conan and Mayor, he had a cookout and served over 1000 burgers. 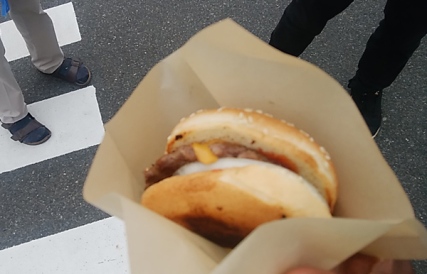 And he gave a short speech, giving it a go in Japanese, but eventually caving in to English:

I haven’t watched Conan too often here in Japan, but I’ve always found his sarcastic wit and assertive humor to be pretty engaging. It’s great that a celebrity of his stature would come out of his way to a small town instead of doing the big things that most YouTubers and celebrities would do.
I can truly say he turned me into a fan again. 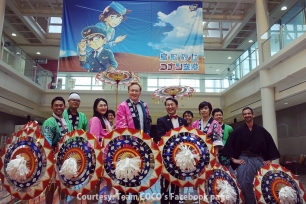 Until next time, STAY AWESOME!
P.S: Special thanks to Gosho Aoyama for his talent and love of manga! 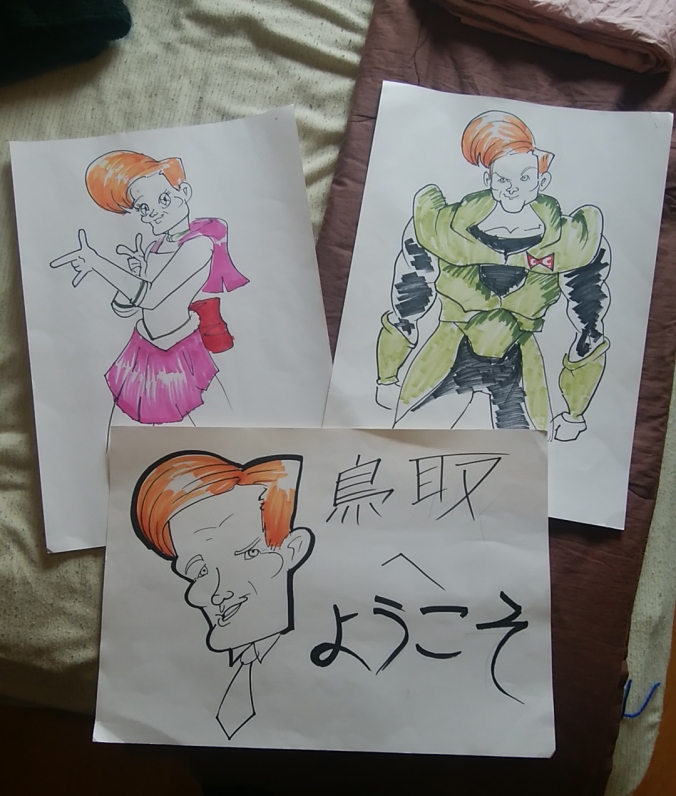