Konnichiwa Ya’ll, and greetings from Tottori! 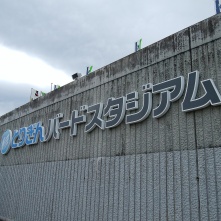 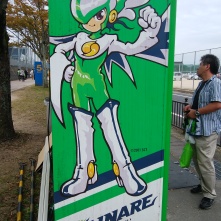 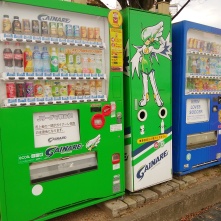 Japan’s soccer system follows that of the Premiere league in England, which means as teams move up and down in rankings, they can be moved to higher/lower leagues accordingly. Gainare Tottori started as a J2 team, but as their wins declined they eventually fell into the J3 league.

The Team is actually based out of Yonago City, but Tottori Torigin (Bird Bank) Stadium is the only J.League capable stadium in the region, and actually hosted a match back in the 2002 World Cup.

The enjoyable part of going anywhere in Japan, is seeing what food they have, and that still extends to lower level soccer games. I had what I think is a spaghetti burger. Andrea had some delicious たこ焼き (Takoyaki- Octopus Dumplings) . 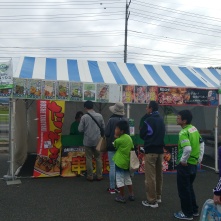 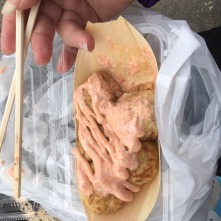 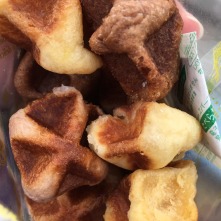 While the J3 level may be a lower caliber than the MLS (Go Orlando City), the game is still fun. And so is the Supporters section.

If you’ve ever been to a soccer game, you’ll know that the supporters club chants are part of the game day experience, and Japan is no exception to the rule.

Check out this short video to see what I mean:

If you’re ever in Japan during soccer season, try to pony up to see a soccer game. If you don’t feel like paying J1 tier price, J2 and J3 games are still enjoyable. 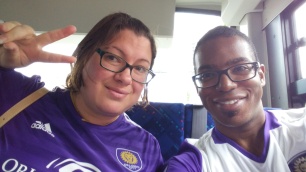